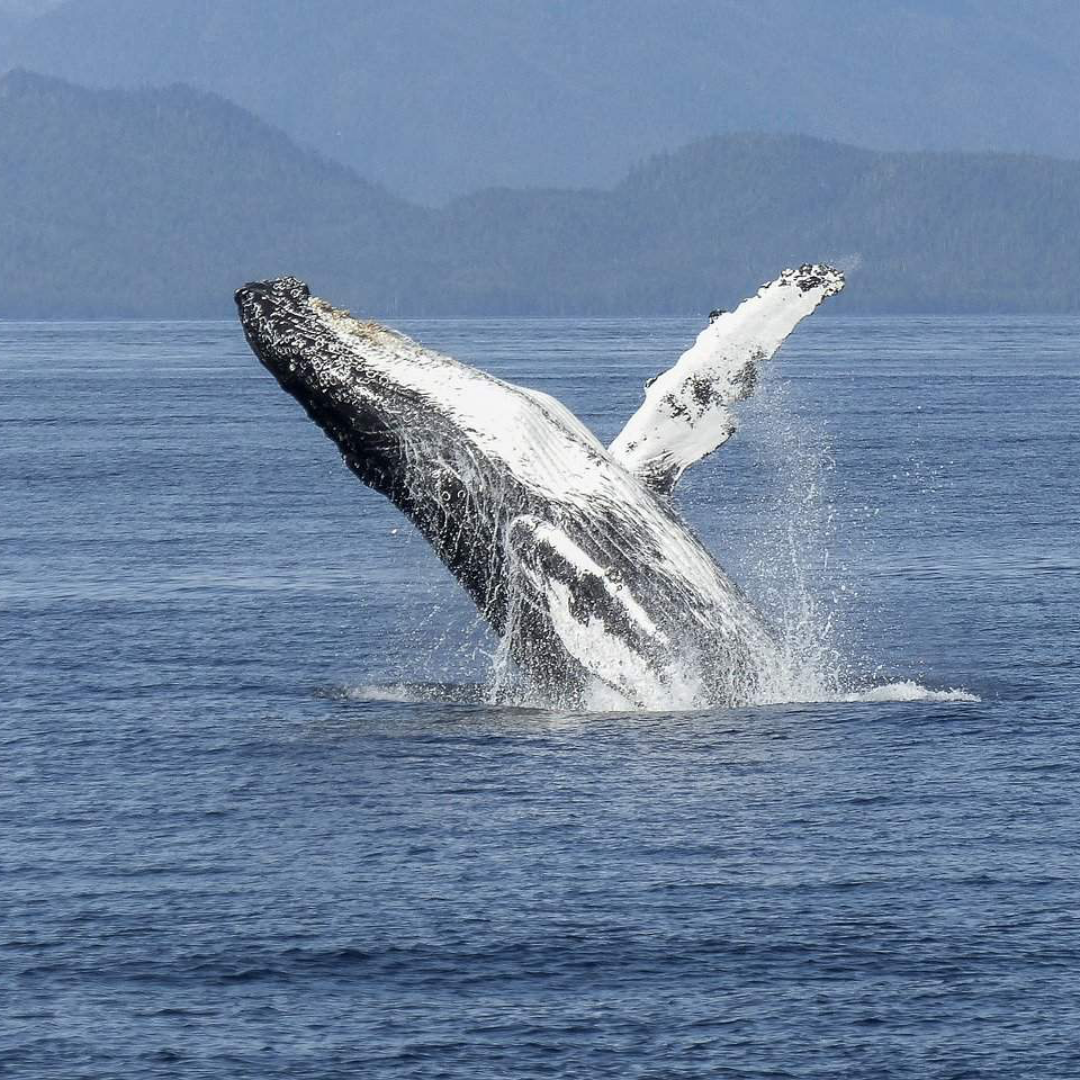 Humpback whales and Bryde’s whales are the most common in the area. These huge mammals can reach up to 15 meters (50 feet) in length; females are even larger than males. Despite their enormous size, they are capable of jumping out of the water, providing quite a spectacular show for those who were lucky enough to be there at that moment. Another great good experience – more than just seeing the whales – is watching the calf swim and play with the huge mother whale.

All whale tours in Uvita take place in the Marino Ballena park. This extraordinary national park offers more than just whales, it also has other excellent tourist attractions, making the tour worthwhile outside of the whale season as well. Very often during these tours you can see dolphins. As well as other fish and turtles can be seen while snorkeling in the largest coral reefs in Central America. The tour also passes through beautiful beaches such as: Playa Piñuelas and the 5 spectacular caves of Playa Ventanas.

.What is the best time to see whales in Uvita?

Whale watching in Uvita, Costa Rica has 2 seasons: from mid-July to mid-November and from mid-December to April. These seasons are based on the annual migration cycle that Pacific humpback whales have. In addition, these animals travel from far away to visit the Ballena Marine Park in Uvita. Every year humpback whales make a journey from the southern hemisphere in Antarctica to the South Pacific of Costa Rica arriving at the end of July. Whales from the northern hemisphere do the same, but they travel from Alaska to Costa Rica arriving in late December. They travel between 5,000 km (3,100 mi) and 8,000 km (5,000 mi); twice a year!
In September and October you have the greatest chance of seeing whales, that is if you need to take a tour in the Marino Ballena park, Uvita, Costa Rica to see them offshore. That is also the reason why the annual whale festival takes place in these months.